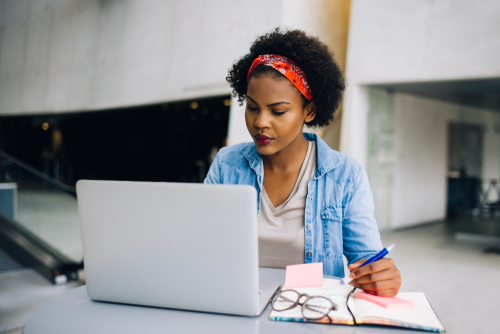 There are a lot of ways to measure value, but sometimes, you just want to know: how cheap can I get it. Well, here you go – the cheapest online universities.

These are schools that offer online degrees beyond the bachelor’s, including master and doctorate, but not just any cheap school. These all share some common, minimal standard: all have been ranked by U.S. News & World Report; all are regionally accredited; and all are the lowest price for online degrees in their class.

Keep in mind, this list is based on the very lowest tuition, usually the in-state price for bachelor degrees. Graduate programs are usually higher, and some bachelor’s may be higher depending on the degree. Fees are not included either – some universities include a fee for online learning that could push the total price up.

The Fort Hays State University Virtual College, in Fort Hays, KS, has been a source of pride and acclaim since it split off from the Department of Continuing Education back in 1999, and today it’s recognized not only as a top online graduate school (by U.S. News & World Report), but also as the cheapest. With in-state tuition only $186 per credit hour for undergraduate programs, Fort Hays makes an online degree supremely affordable. Fort Hays Virtual College offers a ton of online bachelor degrees in highly desirable fields like Business Education, Information Networking & Communications, Marketing, Management, and Nursing. Thirteen master degrees include the MBA, Nursing Administration, and Health & Human Performance. At such a low price, you can trust this investment to pay off.

With bachelor degrees as low as $191 per credit, Oregon State’s Ecampus is a proven choice for a low-cost, high-reputation online degree. Cited by U.S. News & World Report as one of the best online bachelor programs, as well as a best choice for veterans, the OSU Ecampus offers 20 bachelor and 12 graduate programs in a wide range of majors, including bachelor degrees in business administration, computer science, and human development. OSU should be especially noted for its environmental sciences, with online bachelor’s in agricultural science, environmental economics & policy, fisheries & wildlife science, horticulture, natural resources, and sustainability. Graduate programs include the MBA and Master of Engineering, as well as doctorate degrees in Education and Counseling. A lot of choices, for low tuition – cheap and great!

Considered one of the nation’s most popular universities by U.S. News & World Report, Statesboro, GA’s Georgia Southern University offers a number of accredited online bachelor and graduate degrees. While there are only two bachelor degrees currently, in General Studies and Information Technology, Georgia Southern makes up for it in graduate degrees: over 25 master degrees in Education, Business, Health and Human Sciences, Engineering and Information Technology, including a Doctor of Nursing Practice. At only $199 per credit hour at the lowest rate, and with a number of programs to benefit military veterans (GSU is named a Military Friendly School by G.I. Jobs magazine), there is a great investment to be made in Georgia Southern University online.

With a virtual shelf full of accolades from U.S. News & World Report, including both general bachelor and master education and specific programs, Sam Houston State University, in Huntsville, TX, has a strong reputation as an online educator. With bachelor degrees including Business Administration, criminal justice, Nursing, and more, as well as more than 25 graduate programs (including rarities like Band Conducting, as well as highly marketable majors like Homeland Security, Digital Forensics, and the MBA), SHSU gives students a wide variety of possibilities, and with tuition starting at a base of $204 per credit hour, an affordable enough plan to take a chance and invest in an online degree.

Northwestern State University of Louisiana’s online degree programs (better known as eNSU) have been noted as Military Friendly and best values, with good reason. Out-of-state residents pay no extra cost for an online degree, and at only $206 per credit hour for bachelor degrees, the eNSU programs are extra-affordable. As part of the Louisiana Transfer Degree Program, the school also makes it easy to transfer credits from a Louisiana associate degree to the online bachelor. eNSU offers 35 different degree options, including bachelor degrees in criminal justice, Accounting, Radiological Science, and Nursing, and master degrees in Teaching, Homeland Security, and Nursing. There’s also a Doctor of Nursing Practice. No shortage of majors here – you can even follow your dream of that Art degree, if that’s what you’re interested in.

Lamar University’s LU Online is designed as an alternative degree path for working adults and includes the Center for Military Services, helping military veterans further their education. Located in Beaumont, TX, Lamar has a number of noted alumni; even Janis Joplin briefly attended before going on to wilder things. LU Online offers many online bachelor degrees, including Computer Science, Business, and an RN to BSN completion program for nursing, and even more master degrees, including the MBA, Master of Education, and an Accelerated Master of Science in Nursing. You might even pursue a Doctor of Education online to become a principal. At only $208 per credit hour for bachelor degrees, you might even get a couple of degrees.

Ranked as one of the best master-degree institutions in the south by U.S. News & World Report, Georgia College and State University offers numerous accredited, high-quality graduate degrees. Located in Milledgeville, GA, home of Flannery O’Connor, GCSU offers a rare MFA in Creative Writing online, as well as many highly marketable master degrees such as Public Administration, the MBA, and the MS in Nursing. Traditionally a liberal arts university, GCSU has built their online education into a reputable, distinguished system that is still extremely affordable, starting at only $232 per credit hour – a low price for a valuable degree.

The only for-profit institution on out list, the American Public University System (made up of the American Military University and the American Public University) gets on our list not only because of its low prices (beginning at $250 per credit hour) but its reputation; U.S. News & World Report, not always keen on for-profits, lists APUS as one of the top online bachelor degree programs. Originally founded to educate military veterans and personnel, APUS now offers more bachelor and master degrees than we care to count, including Accounting, Cybersecurity, Education, and National Security Studies. If you’re in the armed forces or considering a career in law enforcement or security, APUS probably has you covered – for a reasonable cost.

The University of North Florida has been distinguished by the Princeton Review and Forbes as one of the best universities in the south, and their Distance Learning program offers several very affordable online master and bachelor degrees. Located in Jacksonville, FL, a state where health care is on the rise as a career (thanks to the medical needs of retiring Baby Boomers), UNF offers an online RN to BSN program, a Doctor of Nursing Practice, and a MS in Nutrition and Dietetics. Other specific, rarely found master degrees include a Master of Education in Special Education: Autism Track and a Master of Science in American Sign Language. For degrees that often aren’t found online, a starting price of $285 per credit hour is certainly reasonable.

Western Illinois University, in Macomb, IL, makes things simple for distance learners – all online students, in-state and out-of-state, pay $293.50 per credit hour for tuition. Named by U.S. News & World Report and the Princeton Review as one of the best public universities in the Midwest, WIU offers several online master and bachelor degrees, including the MBA, an RN-BSN Completion, and an MS in Education. Fire fighters can engage in professional development by taking courses in the National Fire Academy Curriculum online as well.