What are the Career Options for an Artificial Intelligence Major? 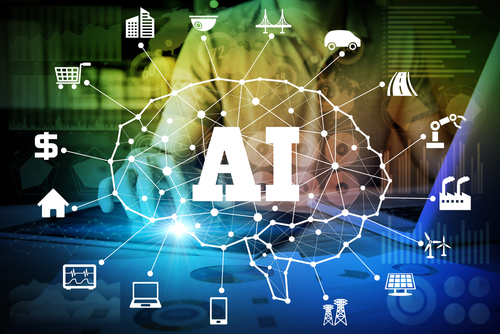 Jobs in the artificial intelligence industry are expected to increased by 2.3 million positions by the year 2030, and according to a report produced by Capgemini’s Digital Transformation Institute, 83% of companies that use AI technologies confirm that AI is already contributing to the creation of new jobs. Artificial intelligence is being used for a variety of applications for the purpose of making computers smarter, and below are some of the jobs you can apply for with a degree and certification in AI.

AI certification and an artificial intelligence degree are all you need to become a video game programmer, and a bachelor’s in computer science will suffice as well. This position currently has a yearly salary of $75,000 and can pay as much as $125,000. Part of your coursework will include 2-D and 3-D animating and design, creating storyboards, and interface design, and you must also excel in computer languages, such as Java and C++. A video game developer is responsible for designing role play mechanics, and it leans heavily on creating characters that act unpredictably to enhance the gamer’s experience.

Although it is a fact that robotics will replace a certain amount of jobs in artificial intelligence, it is also true that many industries need robotics scientists to program the machines, thus creating a different set of jobs. This can require a master’s degree in robotics, and it can command a median salary of $90,000 per year. An artificial intelligence degree and an AI certification are also a good investment.

Working in the Military

An artificial intelligence degree and an AI certification can also help you land a position in the military, helping to develop their smart weaponry. The median salary is $73,000, and this will generally include an excellent benefits package. You may also have the option of being able to collect a pension after 20 years of employment, starting on the day you retire.

The starting salary for a machine learning researcher is $87,000, the average pay is $120,000 per year, and the highest wage is $158,000 annually. This position entails researching to improve robotics and machine learning and working to make algorithms more effective. It will sometimes be required to obtain a master’s degree or a PhD in a field associated with STEAM, including a degree or certification in AI.

This position starts at $46,000 per year, averages $65,000, and caps out at around $92,000. Industries are seeing the value of incorporating Big Data into their businesses, and this is because researching trends in vast amounts of data can provide companies with the vital clues they need to better serve their customers. This has created a demand for data mining analysts, and they are often involved in creating systems that are trained to look for certain data, such as potential fraud markers, and knowing several coding languages is a must.

The lowest salary for a software engineer is $28,000, average pay is $104,000 annually, and $250,000 is reserved for the top end, particularly for those possessing a PhD and who are employed for Google. There is currently a boom in the face-recognition software industry, and this career actually makes society safer, as it can help catch criminals. Another major opportunity for software engineers with a degree and certification in AI is working with search engines, as artificial intelligence helps determine what users are searching for despite spelling errors.