Can Immigrants Get a Free College Education? 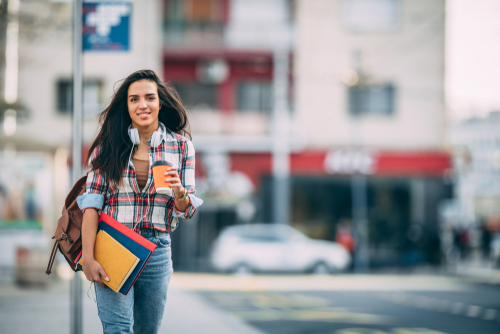 In today’s global economy, movement around the world is necessary to ensure economic growth and revenue generation in commerce. Welcoming good people with good ideas has always been a way of ensuring that culture doesn’t remain stagnant, and that the workload of a great country can be shared with each other as schoolmates, coworkers, neighbors, and friends. Unfortunately, many high school students in the U.S. don’t know all of the various avenues to continue their education beyond public school when they or their parents have come here from another country. Many are also unaware of tuition-free programs, scholarships and possible financial aid. The National Immigration Law Center publishes a very detailed account of the laws for immigrant students heading to college. We also have a useful list of 25 Best Free Colleges in the U.S. for prospective students to consider.

How Do Immigrant Students Benefit Us?

Although misunderstood by some, making a college education financially accessible to all students – at least, those who are willing to do the work to get themselves there – has many positive impacts on society. These include reducing crime and increasing economic stability for historically low-income communities, ultimately reducing healthcare costs and the number of people requiring public assistance. Generally speaking, as the Baby Boomer generation passes retirement age, the number of educated young people who are skilled workers will be in high demand, and being unprepared for this future is dangerous.

Recognizing this, seventeen states have passed legislation that allows immigrant students at any stage in the process towards citizenship to receive in-state college tuition status, provided that they meet certain criteria. These states include California, Colorado, Connecticut, Florida, Illinois, Kansas, Maryland, Minnesota, Nebraska, New Jersey, New Mexico, New York, Oklahoma, Oregon, Texas, Utah, and Washington State. To take advantage of these programs a non-citizen student must apply for Deferred Action for Childhood Arrivals (DACA), an immigration policy founded by the Obama administration in June of 2012. Other conditions of receiving in-state status include attending two or more years of high school in that state, coming from a low-income family (the exact annual income varies by state) and insuring that the student will apply for U.S. citizenship as soon as possible. For other states, immigrants will need an F-1 student visa to attend college in the U.S.

Where Is College Free for Immigrant Students?

There are many states who are passing legislation that will give residents of that state access to community college, tuition-free. Some are participating in what is called the Promise program, largely funded by that state’s lottery earnings. While the list is growing, every state mentioned above has passed or is attempting to pass legislation that will give low-income high school graduates free tuition to two-year community college. New York and New Mexico are the first to complete this sweeping legislation, with Washington State, Minnesota and Texas following closely behind. If students who receive in-state status through this legislation continue working hard through high school and beyond, they may have the opportunity to receive free tuition for their community college as well. These encouraging programs that are appearing all over the country shows that the American dream is alive and well, and that it still pays to work hard in the United States.