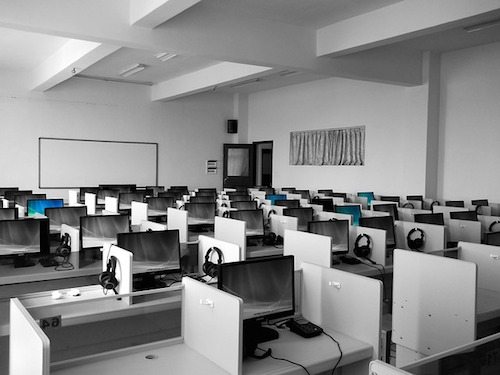 Every year, all across the US, high school students and their parents spend millions of dollars, thousands of hours of study time, and a whole lot of worry and sweat, to take the SAT exam. Once known as the Scholastic Aptitude Test, the re-branded SAT measures student performance on standard academic knowledge in literacy and mathematics. It’s an endless source of anxiety for students and parents, and an unparalleled source of revenue for the College Board Educational Testing Service, test-prep publishers, and tutorial services.

For millions of high school students, this gatekeeper test determines whether, and where, they will go to college. Or so they think. But is the SAT all it’s cracked up to be?

You may have heard College Board announcements that in spring of 2016 the format of the SATs will be changing.

What’s the big differences from the old SAT?

Some experts say these changes will make the SAT more competitive with their rival ACT, as SAT scores have suffered since its last changes in the mid 2000’s.

All this change may be beneficial for parents, as the testing will supposedly now be fairer and more relevant. It is estimated that students and parents are spending $4.5 billion dollars on test preparation and tutoring services, according the the IBISWORLD’s January 2013 Report, and many parents are arguing that their money is wasted when their children cannot adequately prepare for an unreasonable test.

These changes are also intended to answer another controversy, as research shows families with incomes over $100,000 score an average of 26% higher than students whose families with incomes that make less than $10,000. Critics have said for years that the SAT is inherently unfair to poor and minority students.

More than a number

Remember, SATs are one factor and not required by all admissions departments. Even for those that do require them, SAT scores are far from the only criteria; they also consider grades, recommendations, essays, financial aid, and more. Some colleges disregard all standardized testing. SAT scores focus on a very specific set of skills – math, verbal and writing – but they do not account for a student’s ability to think critically. Nor does the SAT demonstrate anything of their creativity. In fact, 700 schools currently do not even require reporting SAT scores.

While its nice to know the College Board is changing the SAT around to be more relevant, the college admission process and student recruitment will not be changed much by that move, as SAT scores are and will continue to be only a single benchmark.

At this stage of the game, it’s hard to say point blank that the SATs are a waste of time – they’re still part of the admissions process for most colleges. But they’re also probably not worth giving yourself an ulcer, either. Take some time to get ready for the exam, but spend the most of your energy on making yourself a well-rounded, impressive candidate for admissions by focusing on your real classes, doing extracurricular activities, and developing your writing and interview skills. Making yourself stand out as an extraordinary person is what will get you admitted to college, and its essential for scholarships. The SAT is just a number.