College radio is one of the last places on earth where advertisers don’t dictate the play list, subversive speech is encouraged and strange sounds don’t mean you should call the plumber. Young people across the nation are bringing back lost recordings, introducing the next big thing, embracing multiculturalism better than your average anthropologist and giving a voice to the millennial generation that shakes up the stereotype they have been saddled with. Since the early 1960’s when the FCC started handing out class D licenses to small, 10-watt radio stations, college radio has been airing the voice of the next generation and it is beautiful. Some college radio stations are completely student run. The college provides a building and a budget and the students do the rest. Some stations are run like classes and are formal training grounds for future DJ’s and sound engineers. But what they all have in common is they put innovative programming on the airwaves and give their students a unique chance to broadcast what America’s young people want to hear. Here are the 10 Best College Stations on the air right now. 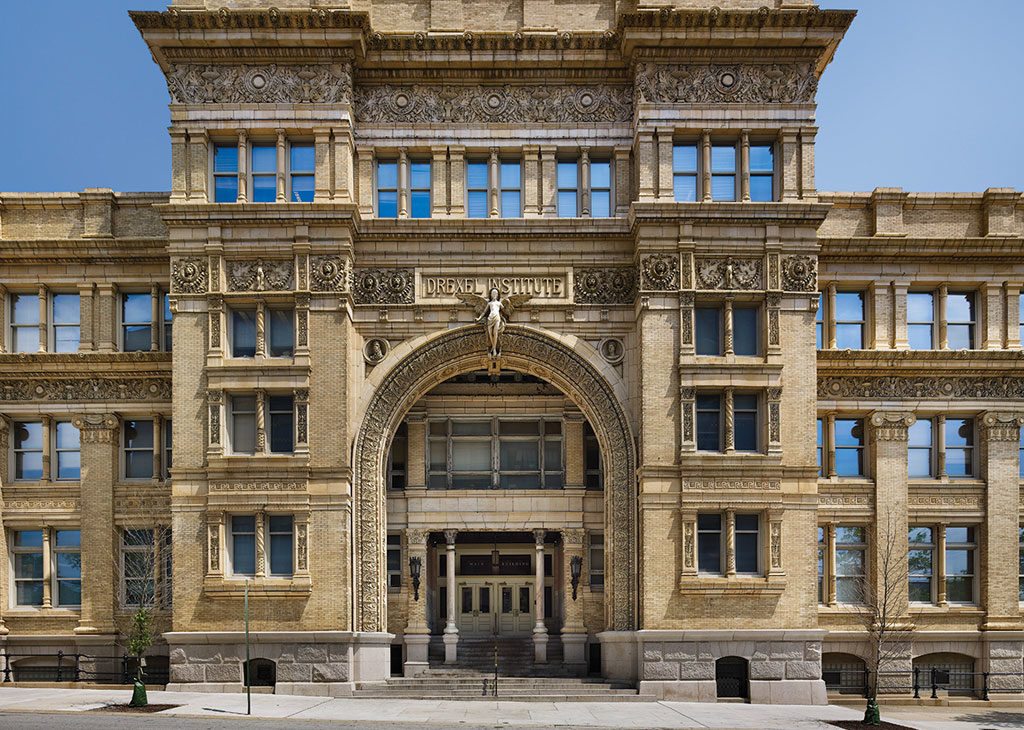 WKDU, 91.7, Drexel University, not only plays a variety of amazing tunes but they manage to keep up with the entire music scene in Philadelphia, which is no small task, Their website keeps a running list of who is playing where and how old you have to be to get in, a pressing concern for your average college student. WKDU may take a little getting used to if you are a new listener since the genre switches hour by hour. But soon you’ll learn to love the funk one hour and punk the next or to only tune in during certain parts of the day. You should also browse the station’s website for its impressive recordings of in-studio interviews, just about everyone tours through Philly and many of them stop by WKDU! 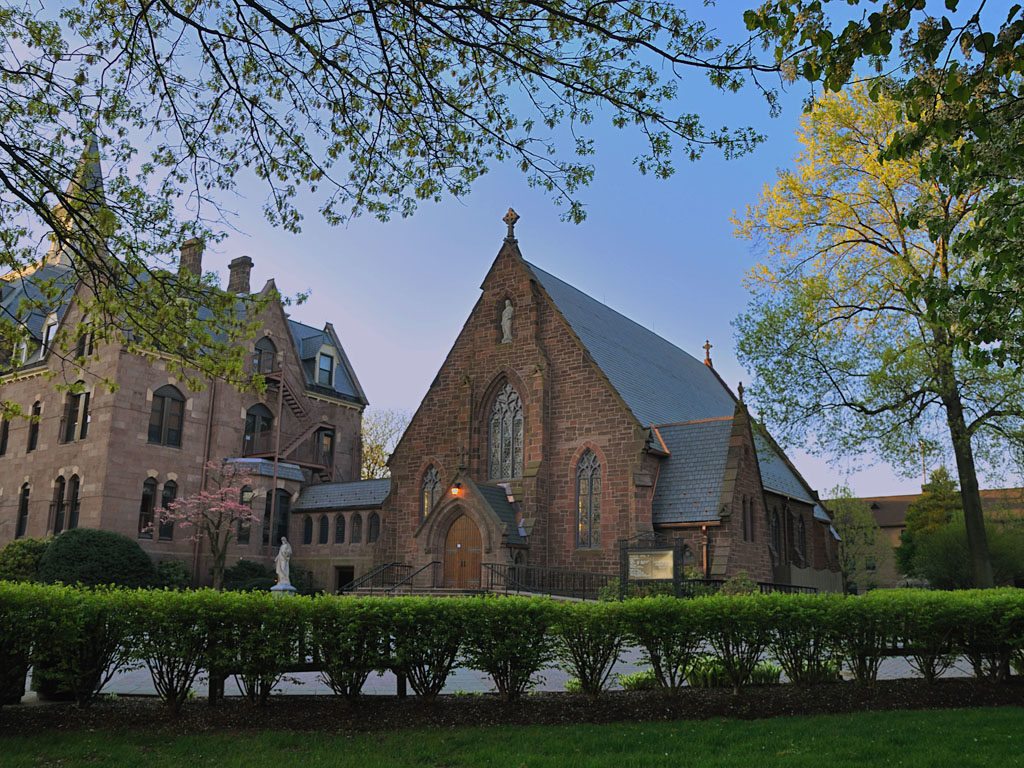 WSOU 89.5  Seton Hall University, began broadcasting on 89.5 FM on April 14, 1948 thanks to the inspiration and dedication of Monsignor Thomas J. Gillhooly, the station’s first faculty director. I’m sure he could not imagine then that it would one day become the largest college radio station in the New York Metro Areo or devoutly dedicated to “screamer” bands. For the past 30 years WSOU has played a mix of heavy metal, punk, emo, hardcore and post hardcore music. They have a dedicated fan base of community listeners but they are committed to their school roots as well. You can find every school event, sport score and happening on their website. They also keep students up to date on current events in the news without losing their appeal or sounding preachy, newsy and uncool. This is only possible when it is truly student run as this station has been for 68 years. 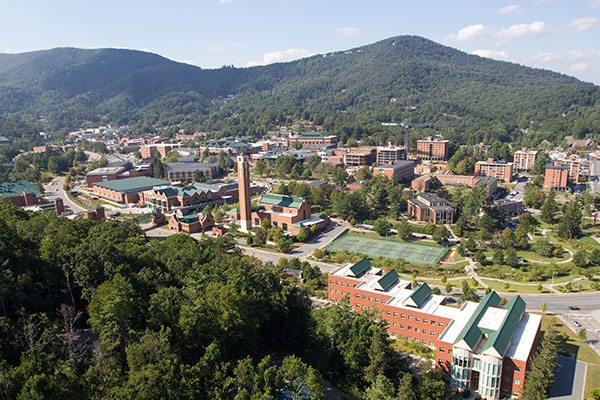 The first thing you notice when you visit the website for WASU 90.5, at Appalachian State University is that it was built for the digital age, not to be dialed up with an antennae at 90.5 FM in 1986 in your Volkswagon Jetta on the way to the Dairy Queen. They have readily available podcasts, links to social media, an iphone app and a listen live button that is much larger than their call numbers. They are an alternative station, playing indie rock music and they are not trying to get anyone old enough to listen to music on a radio to hear them, ever. They have cooking shows and sports shows and do a great job of appealing to the student body. WASU has a big presence in a little town. 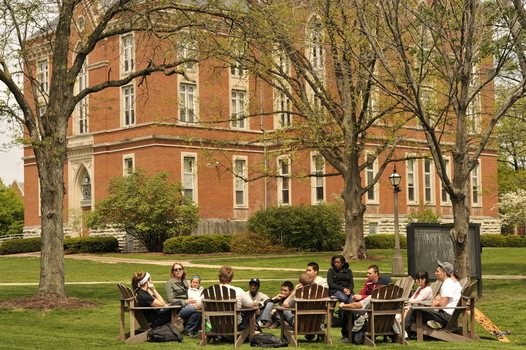 WGRE, 91.5 out of DePauw University is another oldie-goldie. It started as a 10-watt broadcast in 1949. It has grown over the years, modernized with the times, and with a recent, $100,000 upgrade, has become a state of the art facility. The station has been on the top ten of Princeton Review’s college radio rankings for the last 15 for good reason. They play a steady stream of alternative rock, helping to introduce up and coming indie rock musicians and keep college students from having to listen to main stream music for 67 years. They also do a great job of reporting school news and piping in the Associated Press feed so that students aren’t totally cut off from the real world. WGRE is a solid, well rounded station that has proven it is here to stay. 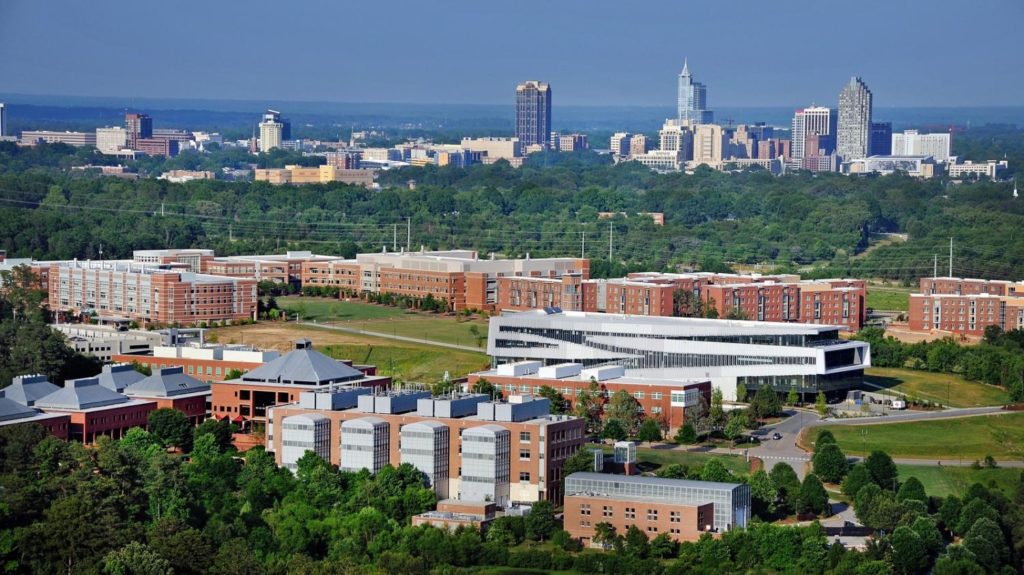 image source
WKNC 88.1 out of NC State University operates 24 hours a day, 365 days a year. It is student run and commercial free and provides listeners in the greater Raleigh-Durham market with “music that doesn’t suck.” The station lives up to its promise with an eclectic mix of underground hip-hop, indie rock, and alternative metal. They also support local bands, local music venues, festivals and local breweries by promoting events and singing their praises. If you want to know what is hip to do, cool to listen to and fashionable to consume then all you have to do is tune in. 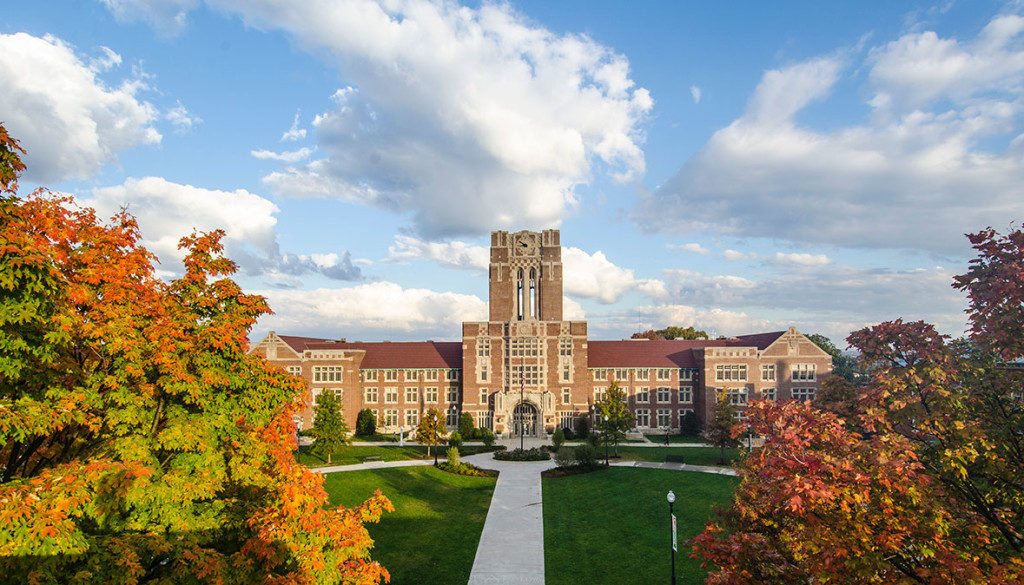 image source
WUTK 90.3, also known as New Rock 90, broadcasts out of the University of Tennessee, Knoxville. They have a strong enough signal to be picked up easily for 30 miles and are the 5th most popular station in the grater Knoxville market. They play a mix of cutting edge up and coming bands, techno, rap, electronica, rock-a-billy, punk, and old school rock and roll favorites. They appeal to a wide audience and provide a very pleasurable listening experience since they are commercial free and span many decades and genres. 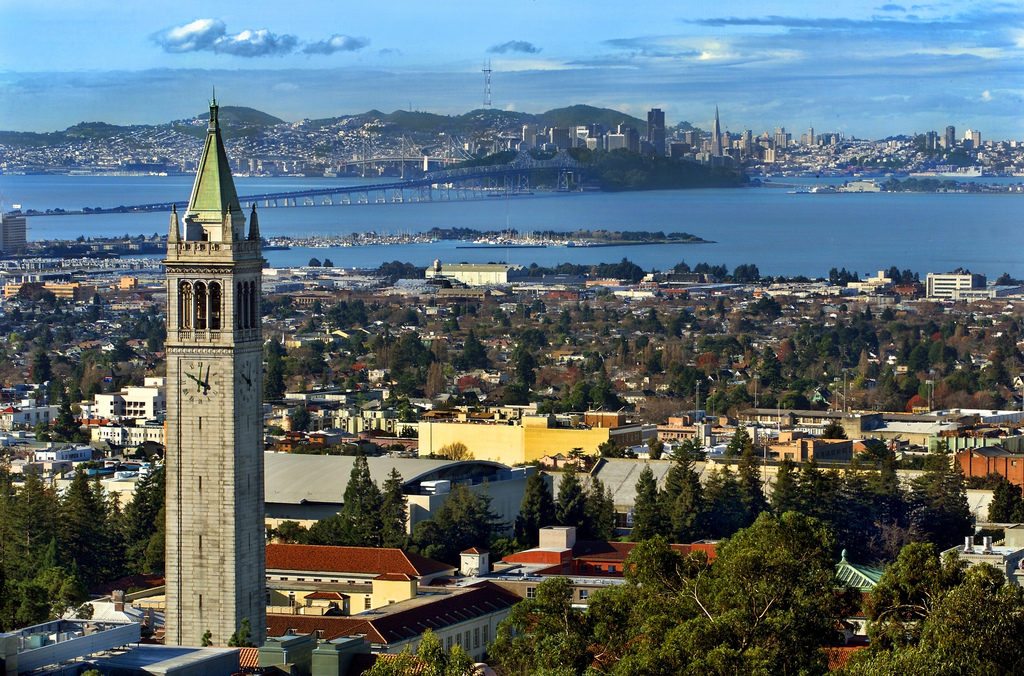 KALX 90.7 out of University of California Berkeley started out as a project in a cigar box connecting dorm rooms with actual wires in the early 1960’s. Since Berkeley was known for housing free thinkers even then and the civil rights movement was just starting to take off, the school was a little hesitant to allow students to freely broadcast on the radio waves. So a team of dedicated students broadcasted through the homemade wiring system for nearly four years before they got an actual radio station. Since then they’ve been a staple to the entire Bay area. Now with live stream and an iphone app they can broadcast to the world. Since the Bay area has one of the most cutting edge music and art scenes in the world lots of people tune in to see what might be the next great things and lots of locals tune in to hear what is going on where. They are a big part of a very happening scene. 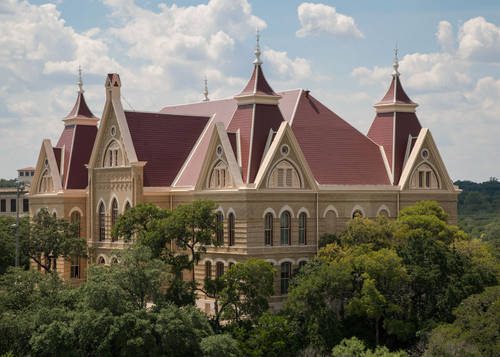 KTSW 89.9 is the student run station of Texas State University but their broadcast range extends all the way from San Marcos to Austin along I35. They play a mix of indie, hip-hop, rock, electronic and more. They are also the official station for Rattler Football and Bobcat Athletics, several syndicated shows and a handful of news programs. They appeal to the entire student body, even the ones who don’t like music. For the ones who do love music they host a live two day music festival every year that is free and open to the public called the My Radio Festival, aka MR FEST. It has grown over the years to attract thousands of participants from the surrounding community and bring lots of positive publicity to the station.

WHUR 96.3 out of Howard University is one of the only university-owned commercial stations in the U.S. They broadcast a jazz heavy, relaxing sound from Washington, DC all the way to Baltimore. Half a million listeners tune in daily for shows like “Original Quiet Storm” to help them chill at night. I’m sure lots of candlelight dinners have been served with WHUR on the radio in the background. WHUR was the first radio station in the Washington area to broadcast in HD. The station has won numerous awards, including the prestigious NAB Marconi for Best Urban Station of the Year and NAB Crystal Radio Award for Excellence in Community Service. 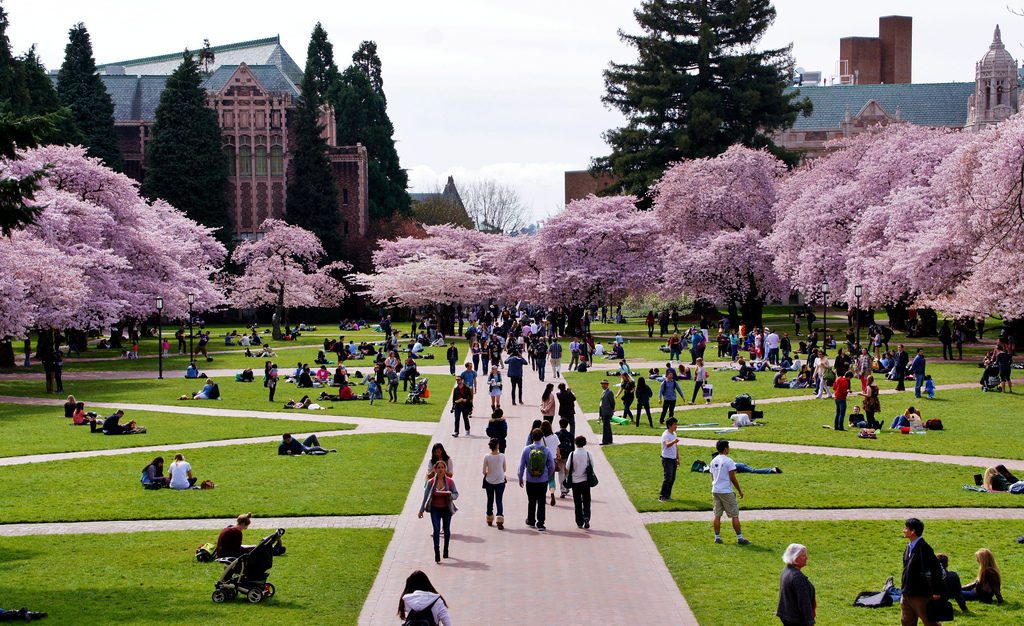 In 1972, KEXP 90.3, the student radio station of the University of Washington, got its start playing rock albums. But now it isn’t your normal radio station. Now they don’t even call themselves a radio station but a dynamic arts organization. The staff is made up of 40 DJ’s, they play indie and alternative rock tunes, host events on the street, and video stream famous artists. They are also the first station to produce real-time playlists. They can produce cutting edge things like that thanks to funding from billionaire investor Paul Allen’s Experience Music Project. Who knows what they will come up with next! They are a station to watch and likely to top next year’s list thanks to their innovative approach to the radio.

(Like this? Then check out our Comedy Guide –  College Comedy Improv: More Than Just Clowning Around)